Bones! (And 3 Tips to Help Your Kids Develop Healthy Ones) 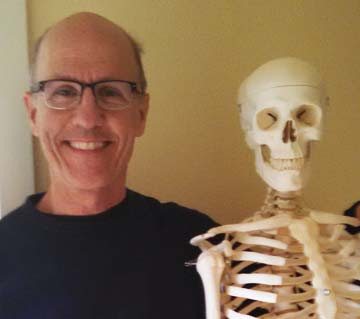 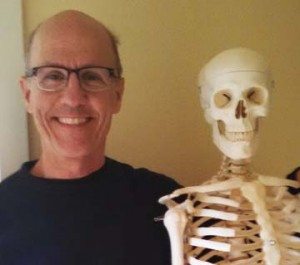 One concept we explored a lot in our recent Yoga for Seniors courses is how yoga can improve bone health. That’s because exercise strengthens not only muscles but bones. A regular, properly designed program may in fact help prevent the falls and fall-related fractures that so often result in disability and early death. For exercise also improves balance, coordination and flexibility.

This is especially important for older adults who have been diagnosed with osteoporosis – a bone-thinning process that raises risk of fractures. The Surgeon General estimates that by 2020, half of all Americans over 50 will be affected.

The best way to prevent this from happening to others? Get our kids on the path to good bone health early!

Most of our bone mass is formed by late adolescence – and that’s it. We can’t add to it later. We can only keep from losing it as we age. It’s estimated that a 10% increase in peak bone mass in youth can reduce the risk of adult osteoporotic fracture by 50%.

So how do you increase it?

According to the International Osteoporosis Foundation, children should engage in physical activity for at least 40 minutes each day for optimal bone growth.

Research has shown physically active young girls gain about 40% more bone mass than the least active girls of the same age. In girls, the bone tissue accumulated during the ages of 11 to 13 approximately equals the amount lost during the 30 years following menopause.

Eating for healthy bones means getting plenty of foods that are rich in calcium and vitamin D. Most kids do not get enough. Of course, milk, cheese and yogurt are obvious sources of calcium, but did you know that your kids can also get calcium from dark green, leafy vegetables such as kale and bok choy, as well as foods such as broccoli, almonds, tortillas, or tofu made with calcium? Many popular foods such as cereals, breads, and juices now have calcium added, too.

While kids can get plenty of vitamin D from time in the sun – sunlight converts a cholesterol precursor in our skin to vitamin D3 – there are good dietary sources, as well: fatty fish, egg yolks, cheese, fortified milk and other dairy products.

Along with vitamin K – found in dark, leafy greens, cruciferous vegetables, avocados, meat, eggs and other foods – D helps the body to better absorb all the calcium it gets.

Soft drinks tend to displace calcium-rich beverages in the diets of many children and adolescents. In fact, research has shown that girls who drink soft drinks consume much less calcium than those who do not.

But the problem is not just one of displacement. Soda consumption itself seems to detract from bone health. For instance, research out of Tufts University showed that regular, heavy cola drinkers had significantly lower bone mineral density in their hips – even after controlling for calcium and vitamin D intake. Why should this be?

Phosphoric acid, a major component in most sodas, may be to blame for lower bone density, according to the American Journal of Clinical Nutrition and authors of the Tufts study like Katherine Tucker, PhD. Phosphorus itself is an important bone mineral. But if you’re getting a disproportionate amount of phosphorus compared to the amount of calcium you’re getting, that could lead to bone loss.

Another possible culprit is caffeine, which experts have long known can interfere with calcium absorption. In the Tufts study, both caffeinated and non-caffeinated colas were associated with lower bone density. But the caffeinated drinks appeared to do more damage.

The only skeletons that should be spooky are haunted house and Halloween décor. The healthy human skeleton, on the other hand, is a wondrous thing…even beautiful, poetry in motion: