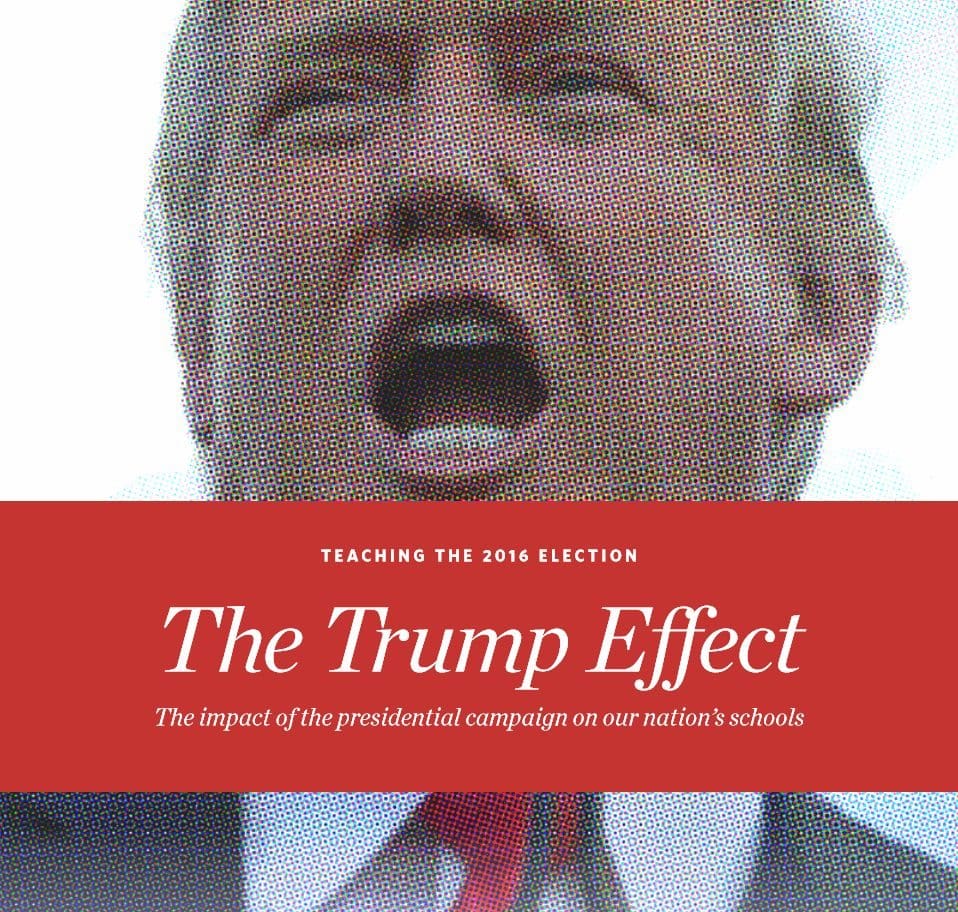 A scene from the Republican debate in Detroit earlier this year:

The debate quickly devolved into the shouting over each other that has marked many pointed exchanges. At one point, trying to get Mr. Trump to stop talking, Mr. Cruz repeated instructions: “Breathe. Breathe.”

Mr. Rubio saw a chance to jump in, asking if he could respond when the candidates were done with yoga.

Mr. Cruz said he hoped there wouldn’t be any yoga on the stage.

Maybe there should have been – to help tone down the violent, brutal, and childish rhetoric that has made this election season so difficult, troubling, frustrating, and confusing.

If it’s that way for adults, imagine how it is for kids.

Recently, the Southern Poverty Law Center released a report on how the current presidential campaign is affecting our schools. Results from their online survey of teachers revealed an increase in bullying, fear, and anxiety.

Visiting a pre-K class this past week, Lynea observed two boys playing in the puppet area. Both had an animal puppet on each hand. One boy loudly said through one puppet, “Trump, you’re a stupid idiot!” The other puppet, “Bernie,” echoed how wrong he was about things. “You can’t call women fat pigs! You’ll get arrested!”

Clearly, the boys were mimicking – trying on, practicing – language they were hearing in the media and possibly around the home.

Another time, a girl, whose mother is lesbian, told Lynea that she didn’t know that Bernie was “a bad guy” and that it was a sin to be gay. She’d been told that by a classmate at recess.

Not only is campaign rhetoric stirring up conflict; it’s also teaching lessons about race and other forms of difference. As psychologist Allison Briscoe-Smith noted in an excellent article on how to talk with your kids about Donald Trump,

Young children are…learning very quickly about who “belongs” and who doesn’t. But we need to remember that young children, and even adolescents, are doing this with their young brains. Even as bright, sophisticated, and smart as all of our children are, they are still learning about race within the context of what their developing brains can understand. They’re still learning how to categorize—who belongs in what group—and what counts for membership: “Are all Mexicans bad people?” “Are all brown people Mexican?” “Are all Spanish speakers bad because they are Mexican?”

Addressing this situation isn’t a matter of shielding kids from the ugliness of current events. Even if your own family follows a strict media diet, children will invariably hear the messages elsewhere – at friends’ homes, at school, during extracurricular activities. 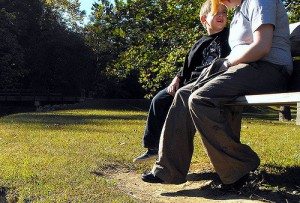 Getting information is a key step in coming to terms with the fear, anger, and other negative emotions that current political rhetoric can generate.

Communication also gives you an opportunity to help your child find ways of taking positive action to counter the hatefulness.

Since the rise of Trump and his consistently over-the-top statements that perpetuate an Us/Them mentality, plenty of folks have been asking how we got to this place.

Certainly one of the factors, as David Brooks has astutely noted, is the rise and dominance of individualism. Hyper-individualism divides, increasingly making us less able to empathize with or even understand those who think differently than we do.

Middle-ring relationships, Dunkelman argues, help people become skilled at deliberation. The guy sitting next to you at the volunteer fire company may have political opinions you find abhorrent, but you still have to get stuff done with him, week after week.

Middle-ring relationships also diversify the sources of identity. You might be an O’Rourke, an Irish Catholic and a professor, but you are also a citizen, importantly of the Montrose neighborhood in Houston.

With middle-ring memberships deteriorating, Americans have become worse at public deliberation. People find it easier to ignore inconvenient viewpoints and facts. Partisanship becomes a preconscious lens through which people see the world.

We believe mindfulness, empathy, and compassion can help reverse this trend. All of these, notably, are practices that can be taught. They are also more apt to help address underlying issues that may fuel our divisiveness, distrust, and alienation.

As we’ve noted before,

When we lead Yoga Calm classes for children, we start with activities that develop the principles of Stillness and Listening, teaching the kids how to calm their bodies and listen to themselves – heart, mind and body. By becoming more become aware of their needs, students learn that they are “meaner” on days when they haven’t had enough sleep and have more arguments with their friends when they’re not exercising and caring for themselves. With awareness of their own needs and guidance in making healthy choices, children learn the practice of self-care. 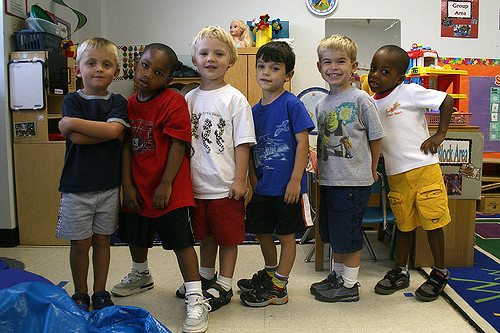 And by practicing communication, leadership and other social skills, along with how to solve problems – Yoga Calm’s Community principle – we create an environment of loving kindness and belonging.