“I Want It Now!” Strategies for Dealing with the Overindulged Child 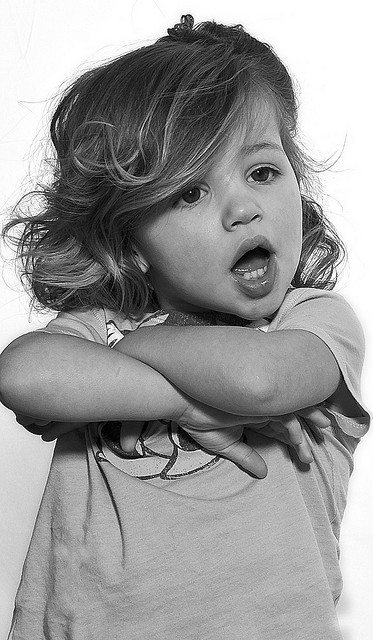 Overindulged. Demanding. Ungrateful. Is there anyone who doesn’t feel a relieved sort of happiness and justice served when Veruca Salt goes down the chute?

That’s the unfortunate outcome of an overindulged child: Others don’t like them. They alienate other people and don’t know why. They’ve been allowed to develop habits that are socially unacceptable, even destructive. They elicit little empathy or compassion in others.

They’re left in a lonely world.

But is it all their own fault? Some deficit of character? Some inability or refusal to “behave”?

Blaming the child for their demanding, rude behavior is neither accurate nor fair to the child. If they’re developing poor social habits, it’s up to the adults in their lives to correct them and guide them toward positive social skills. 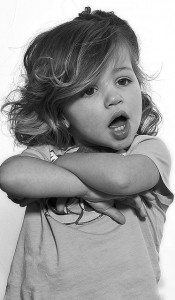 No one yet knows what to call the post-Millennial generation – the iGen? the Selfie Gen? – but for all of the ways in which they differ, the youngest generation does seem just as entitled. Here’s how one Iowa TV reporter mashed up the standard refrains in a blog post a while back:

“I have never been told no because I want to be your friend…let me give you a trophy because you signed up to play soccer even though you never come to practice, only games…I’m not going to give you a grade on this test because I don’t want you to think you’re a failure, even though you don’t study…you’re going to sit in time-out and then we will discuss why you called your mom the B-word…I can post anything I want on social media because I have freedom of speech…I won’t be held accountable at school because my parents will come and yell at the teacher for me.”

Unfortunately, the ripple effects of self-entitlement don’t always come out as mere whining or even expletive-laden back talk. It can get violent.

Sons are smashing windows, furious they’re asked to stop playing computer games. Doors are hanging off hinges having been slammed so hard in a fit of pique. Teenagers are holding knives to their mother’s throat, or threatening to kill themselves.

This is the pointy end of entitlement, the defining characteristic of this generation of children.

“It’s the end result of giving kids everything they want,” psychologist Judith Locke explains. “Tough love is really being called for, but we’ve got a generation of parents who are much less inclined to do this.”

You have to wonder if the rage is about more than just not getting their way. Could it also be anger over having no boundaries – something children really do need and crave? Where material goods and overprotection have come to be signs of love, is there also not fear there – fear of being unloved, uncared?

It’s only a problem when these desires become smothering, overprotective. For as we noted before, while children need boundaries, they also need opportunities to practice self-sufficiency and freedom. That’s part of growing up.

If we do all the heavy-lifting for them, we effectively stunt their growth. They become less adept at the social and emotional skills they need to navigate school, work, and life. 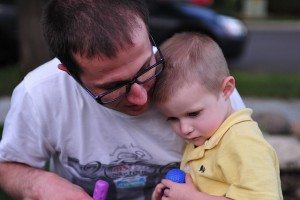 The antidote? Teaching those skills. Nurturing gratitude. Cultivating the mindfulness that helps children self-regulate and connect more successfully with others.

The Social/Emotional section of Yoga Calm for Children provides a wide range of activities that can help you apply that antidote – as well as “emotional first aid” strategies you can use during crisis moments, when a kid’s emotions can get huge and difficult to manage.

Activities such as Happiness Recipe; Past, Present, and Future; Mindful Snack; the Communication Game; Exploring Feelings; and more guide children towards greater self-awareness and understanding. Both are critical for self-regulation. A lack of all of these is really the root of entitled behavior.

That’s learned behavior, too. It’s up to each of us to teach something better.

To learn more about how overindulgence affects kids and families – and how to deal with an over-inflated sense of entitlement – How Much Is Enough? by Connie Dawson is a great place to start. Or check out this webinar with one of the book’s authors, Dr. Jean Illssley Clarke.