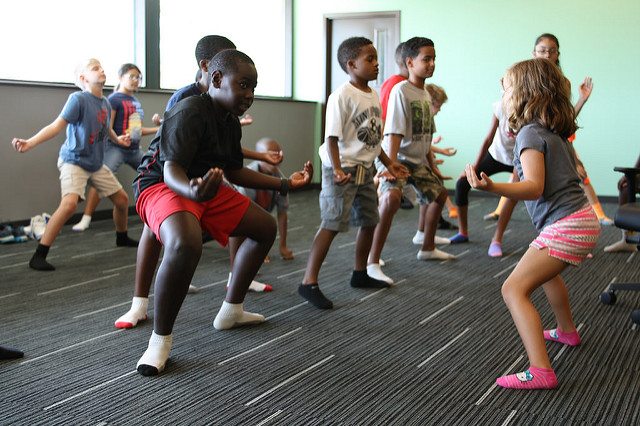 “No” has its merits, as we noted last week. But so does “yes.” “Yes” is an invitation to experience. 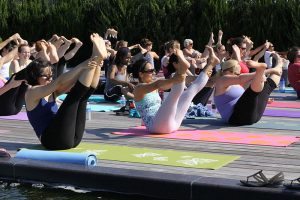 One experience that continues to be embraced by more and more people is yoga. According to Yoga Alliance’s latest Yoga in America report, 36.7 million now practice it – 16.3 million more than in 2012. Eighty million more Americans said they’d be apt to try yoga for the first time this year.

Imagine that: about one third of the nation practicing yoga!

Even better, more kids than ever are into yoga. A study by the National Institutes of Health found that in 2012, just over 3% of kids up to age 17 did yoga – an increase of about 400,000 from five years earlier. Relatedly, this year’s YA survey found that 37% of adult practitioners have children who also do yoga.

The NIH reported that the increase may be party due to a growing body of research showing that some mind and body practices can help manage pain and reduce stress. Other findings include,

Another factor that may have influenced the increased popularity of yoga is increased access—for instance, industry reports show that the number of yoga studios in the United States has increased substantially in recent years.

Of course, studios are hardly the only the place where yoga is done these days. Increasing numbers of hospitals and clinics now provide it as a therapeutic support. It’s offered in the workplace as part of corporate wellness programs. 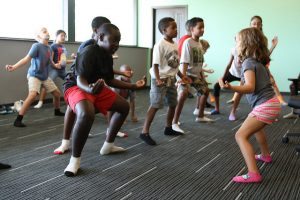 Likewise, more schools than ever are offering it as an option – sometimes as part of physical education, sometimes as an elective, sometimes integrated throughout the curriculum as has been done so successfully with Yoga Calm in Minneapolis public schools.

While exact numbers are difficult to come by, a recent study in Advances in Mind Body Medicine found

Thirty-six programs were identified that offer yoga in more than 940 schools across the United States, and more than 5400 instructors have been trained by these programs to offer yoga in educational settings.

And that’s counting formal programs only. They didn’t factor in all of the individual instructors – not to mention school counselors, support staff, and administrators – who bring yoga to bear on their work in the classroom.

And more are doing so every day.

YA’s survey found further that 5% of yoga teachers and trainees work primarily in the schools, with 17% having taught yoga in schools at some time. We anticipate these numbers going up, as well, especially with the continued emphasis so many schools are now (rightly) placing on mindfulness and social-emotional learning – two things yoga is particularly helpful in nurturing.

Here’s a video of kids and a teacher at one elementary school talking about why yoga is an important part of their day:

And look how strong and confident they can become:

So how can we bring more yoga to even more kids? The short answer is: Start where you are right now. Whether you have an active yoga and mindfulness practice or not, our youth instructor certification courses will teach you, step-by-step, how to lead simple and effective activities for Prek-12 youth, for any setting.  Courses can be done in person or online, for those that want to learn at home, at their own pace. By adding just one simple breathing practice to your school day, like the video above, you can significantly reduce student stress and improve attention.

For more tips on how to integrat yoga, mindfulness and social/emotional skill building into your elementary school classroom, join veteran school teacher Sarah Clark from 4-5pm (PST), next Sunday, September 25, for our free webinar “The Year of the Calm Classroom.”  Yoga Calm Trainer and business coach Lyndsay Morris will lead the discussion of how to implement yoga and mindfulness in grades 2 through 5 with guest Sarah, a 5th grade teacher who has been providing the Yoga Calm curriculum to her class for the past 6 years.

From the Archives: 3 Activities to Start the School Year Right