Kids, Autonomy & the Need for Unstructured – Even “Risky” – Play 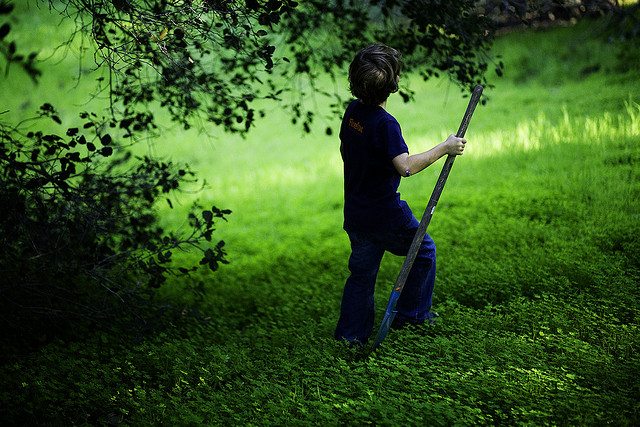 But what happens when our risk assessment doesn’t really match reality? 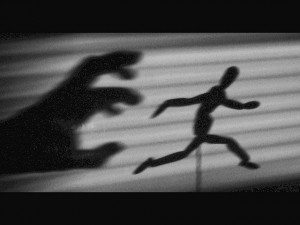 It’s easy to believe that the world is a scary, threatening place. Two-thirds of all TV programming shows violence of some kind. Crime, carnage and aggression top the news. Not a day goes by without some new outrage igniting further outrage on social media.

The deluge of reasons to fear is unrelenting.

Yet as Steven Pinker has famously – and rather persuasively – argued, we are actually living in a time of extraordinary peace and safety. “This claim, I know, invites skepticism” wrote Pinker in the Wall Street Journal, even

incredulity, and sometimes anger. We tend to estimate the probability of an event from the ease with which we can recall examples, and scenes of carnage are more likely to be beamed into our homes and burned into our memories than footage of people dying of old age. There will always be enough violent deaths to fill the evening news, so people’s impressions of violence will be disconnected from its actual likelihood.

In fact, the vast majority of us go through our days without incident. We get up, go to work or school, eat, relax, exercise, spend time with loved ones, participate in social groups. We don’t get shot. We don’t get assaulted. Our children are neither kidnapped nor abused. Millions of kids go to school each day and come home healthy and whole.

As a child and family counselor, Lynea has long been concerned about the disconnect between what’s portrayed in the media and the lives of most Americans. That was her inspiration to write Good People Everywhere – a soothing story to help children become mindful of the beautiful, caring people in their world, to teach gratitude skills and balance out the negative messages they receive daily.

It’s not that bad things never happen. Of course they do. Nor is it to say we shouldn’t proceed with caution when conditions warrant. Of course we should.

It’s just that we could do a better job of reading those conditions – for our own sake, as well as that of the children in our care.

The Freedom to Be Kids

Seeing the world as a violent, dangerous place becomes an excuse to keep kids indoors and try to protect them from every possible harm. While this is undoubtedly an act of love, it can get in the way of children’s healthy growth and development. 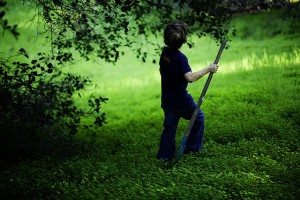 One counterpoint to this is the rise of “free-range parenting,” in which parents effectively let kids be kids, encouraging them to function independently in age-appropriate ways. It’s not that there are no boundaries. The boundaries are simply wider, allowing children the freedom to explore and play and learn to handle themselves – that they are capable and strong.

It’s not so far from the kind of parenting you likely had if you were born before 1980. And as Lenore Skenazy – famously vilified online several years ago after blogging about letting her 9 year old take the New York City subway alone – recently explained to the Washington Post, more and more people are at least recognizing the need to give children greater autonomy – the freedom to just be kids. At the minimum,

There’s a lot more discussion about childhood freedom. Where it went and how we can get it back. I think the thing that I brought to public attention is this government angle. The idea that helicopter parenting was becoming law of the land, rather than just a choice. And that’s changed. There’s constant attention to this now in public and it’s a more fevered pitch. I just think that everybody gets now what I’m saying. For two years in a row after I started this site, I was voted as the most controversial mommy blogger by Babble. I’m not that controversial anymore. I read a lot of articles and everyone sounds like me.

The Developmental Need for Autonomy

Think back to your own childhood. Did you walk to school? Go home for lunch? Play outside without close parental supervision?

Unfortunately, it’s not so surprising today to see schools in a veritable state of lockdown. Once students are on campus, they’re not allowed to leave until the end of the school day. Afterschool time is often filled with scheduled activities, from tutoring to sports practice to music lessons and more. There is precious little time for free play. 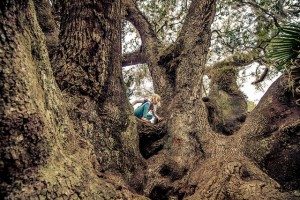 Yet as research continues to demonstrate, that freedom is something kids need. It helps them develop executive function – the ability to self-regulate. Kids allowed to engage in “risky” behavior – rough and tumble horseplay – tend to have better physical and mental health, better socialization skills, creativity and resilience. (This is especially important for boys, as we explore in our “Boys, Coyotes and Other Wild Creatures” course.)

A UK report insisted on the importance of risky play for kids, noting that providing too much structure and safety can actually become a disincentive to play in free and creative ways, inadvertently promoting sedentary lifestyles. As the authors of a recent Canadian report on children’s physical activity noted,

“We may be so focused on trying to intervene in our children’s lifestyles to make sure they’re healthy, safe and happy, that we are having the opposite effect,” the researchers say in a preamble to the report card. “We call this the protection paradox. We over-protect kids to keep them safe, but keeping them close and keeping them indoors may set them up to be less resilient and more likely to develop chronic diseases in the long run.”

Letting go of such fears can indeed be scary, but it’s a fear that subsides – especially as children develop the confidence in themselves and their peers that comes brilliantly through free play and exploration.

Creating a Culture of Movement: Fun Activities for Family Fitness