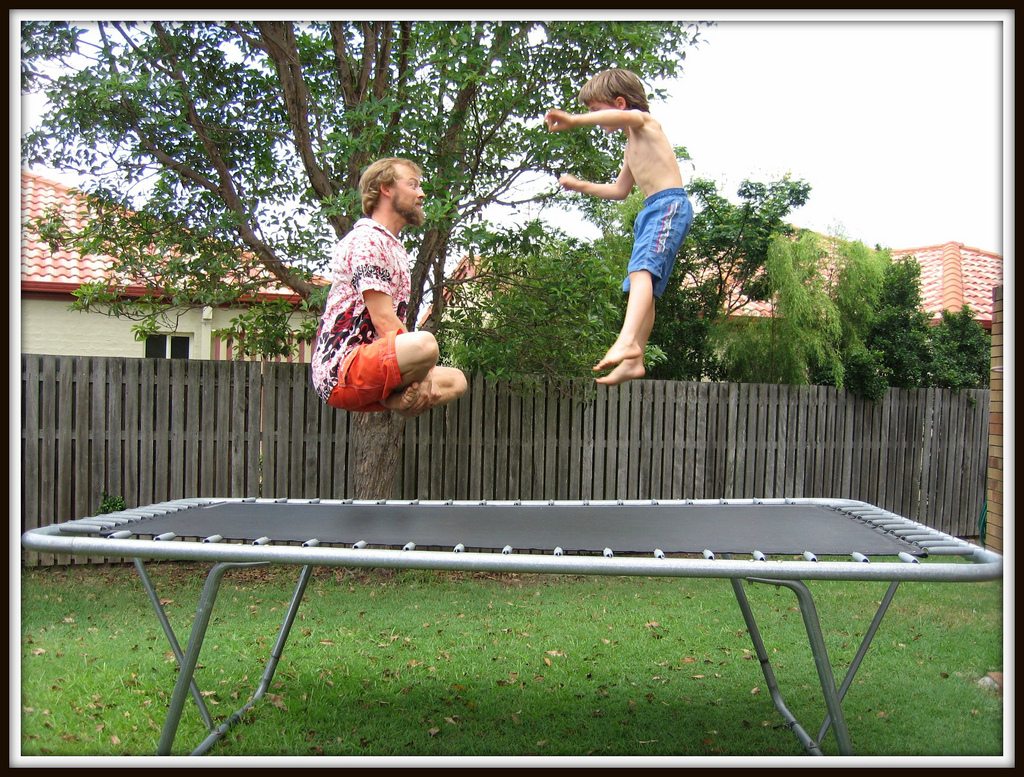 You hear a lot about the problems that come from kids spending too much time fixated on screens – obesity, poor and insufficient sleep, behavioral issues and all the rest. What you don’t hear so much is evidence of the benefits from guiding kids’ interactions with technology and media.

Enter a study recently published in JAMA Pediatrics – the first of its kind in that it measured changes over time and looked at parental monitoring, as well. Here’s how psychologist Katherine K. Dahisgaard described it in a recent post on philly.com:

In their study, Douglas Gentile, PhD, and colleagues looked at a group of third, fourth, and fifth graders who were enrolled in an obesity prevention program. They were screened on total screen time use and – most importantly – amount of parental monitoring of that screen time. “Parental monitoring” was defined in the study as a combination of how much a parent limited screen time as well as actively discussed the content of anything that was viewed with their child.

The children were measured on a host of other variables, including media violence exposure, school performance, social wellness (defined as frequency of observed prosocial and aggressive behaviors toward peers), and physical wellness (defined as both amount of sleep and Body Mass Index). The children were followed for one school year and then these same things were measured again.

These findings are part of the motivation for each year’s Screen-Free Week, which is the first week in May. A project of the Campaign for a Commercial-Free Childhood, this international celebration encourages children, families, schools and communities to refuse the distraction and separation our screens so readily provide. It’s a time for people to come together and do the things that help children build good relationships and social skills, problem solve and creatively imagine, learn through play and human interaction – things that media and tech’s easy allure can distract us from.

This is about more than just kids’ media habits. Our own have an impact, as well. As child development specialist Dr. Jenny Radesky has noted, when we fixate on our screens instead of our children, the children lose out in profound ways. This is because kids’ learning comes mainly through face-to-face interactions.

They learn language, they learn about their own emotions, they learn how to regulate them,” she says. “They learn by watching us how to have a conversation, how to read other people’s facial expressions. And if that’s not happening, children are missing out on important development milestones.

There are other losses, as well. Dr. Nancy Carlsson-Paige describes this powerfully in a recent article on “Technology in Our Children’s Lives”:

Quite a few years ago, I began noticing how easy it was for parents to turn to screens in challenging moments with their children. This first hit me when I saw a little girl who was in tears over saying goodbye to her good friend and her mom offered her a TV program to watch. Now today, there are almost endless opportunities to quiet our kids with entertaining games, apps, and screen time. But when we do that, are they missing out on the chance to feel, to argue, to sit in silence, to listen, to be?

Screens can occupy, distract, and entertain children for sure; the appealing game or show really “works” in the short term. But harmful habits set in early on both sides: for the child, learning to look outside of oneself for happiness or distraction in tough times; for parents, learning to rely on screens instead of our own ingenuity to soothe and occupy kids.

“Even when things are going well,” says Dr. Thomas Cooper, an expert on media ethics and culture at Emerson College, screen distractions

prevent us from bonding and celebrating those moments because we say, “Hey, I’ll talk to you during the commercial,” or “Come back when this show is over,” or “Don’t you know tonight is my whatever it is night?” So the bonding that could take place doesn’t get the quality time and doesn’t have the room for nourishing and depth.

Again, it’s not that technology or media in general are inherently bad. At their best, they can open undreamt of horizons. But we can also give tech too much credit. Like anything, it has its limitations. For instance, as Carlsson-Paige astutely notes,

What children see or interact with on the screen is only a representation of things in the real world. The screen symbols aren’t able to provide as full an experience for kids as the interactions they can have with real world people and things.

And while playing games with apps and computers could be considered more active than TV viewing, it is still limited to what happens between the child and a device—it doesn’t involve the whole child’s body, brain, and senses. In addition, the activity itself and how to do it is already prescribed by a programmer. What the child does is play according to someone else’s rules and design. This is profoundly different from a child having an original idea to make or do something.

For example, my granddaughter Isabella decided recently to make a house at a city park for a little caterpillar she found there. She spent over an hour finding building materials (sand, sticks, leaves) and creating the tiny house. To make the house in the first place was Isabella’s idea—her invention. How to make it, the materials to use, the design, the process were all up to her. With an inter active screen game, the deeper, more creative aspects of an activity such as these are not within the child’s control.

And this points back to one of the most beautiful things that can come from screen moderation: a flowering of creativity and healthy development of emotional intelligence. Speaking in the same interview as Dr. Cooper above, parenting expert Kim John Payne shares his observations of how children can thrive with a “media diet.” It’s a passage worth quoting at length:

The thing I’ve noticed, more directly to your question, is that the children of these low or no screen – by screen meaning computers and TVs, Game Boys, the range of screens from small to large – tend to be more creative in their play. They are very slow to be bored. Boredom is not a thing that comes up at all because there’s a creative spark in these children that is not used to being passively entertained. That’s one piece that I notice. 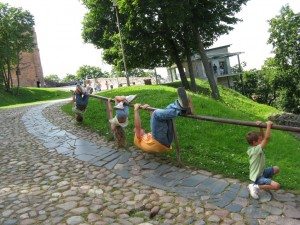 The other piece I notice is that they’re very personable. They want to engage in conversation with other children and adults. I’ve noticed, and I’ve made a very careful observation of these things, that their attention spans are very good. They tend to be able to focus very well and bring their attention to bear where they choose to bring it to bear, which to me is a vitally important thing about raising a child. It’s to have that attention. They tend to have a very good impulse control because they haven’t been served up a diet of if you want it you can get it and get it quickly.

They have good impulse control, but one of the key things I’ve noticed is that they’re very empathetic kids. They’re kids who are popular in their peer groups. This is surprising because you would think that children raised without TV and computers would not have much to offer when they stand among their peers when talking about television programs or video games. But actually what happens, and I’ve observed this first-hand on many occasions, is a kind of media compensation – I call it media flashback conversation, like an acid flashback where kids just have to detoxify and get it out of their systems. They talk and they babble, and they don’t really listen to each other. They stand there and text each other and play with their mobile gadgets. Usually about five to ten minutes in, that starts to wane. Then the kids who are media free turn to the other kids and say, “What shall we do?” This is because these kids always have something ready on the tips of their tongues, “Okay, so why don’t we build forts? Why don’t we play ‘Catch the Sand?” They offer many, many suggestions that they have.

These are the kids – and I’ve noticed this interestingly – whose parents come to me and ask, “Well, you know if I cut out screens for my kids, won’t they be ostracized by the group?” So I’ve watched this because I wanted to be very clear about that and not give any advice that would be helpful. I’ve watched it, gosh, over twenty years now. What I see is that these are the ones who are enduringly popular. If you’re struggling at school or you’re being bullied, or something is happening, do you want to go to a child – well you want to go to a kid who can listen, who is creative, who is fun to play with. They’re the ones who are sought out, and they’re the ones who have really good, long-term friendships. It’s very, very interesting.

How do you plan on observing this year’s Screen-Free Week in your home, classroom, office or clinic? Share your ideas in the comments!