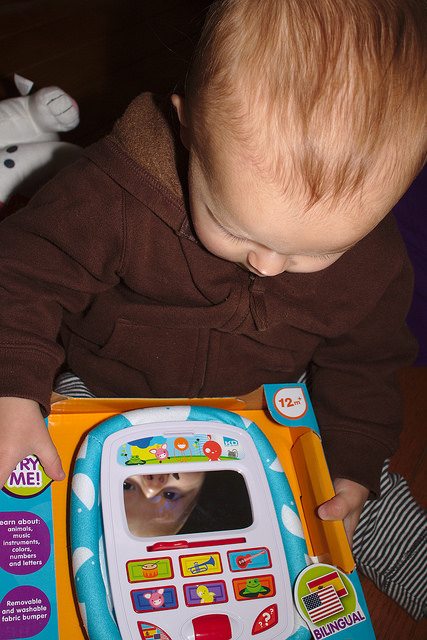 For a lot of kids this past holiday season, at least one – and maybe many – of the gifts they opened were tech toys of one kind or another. 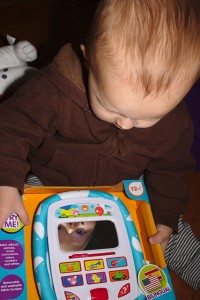 Older kids may have received things like video games, tablets, wearables, or countless other gadgets (even – for better or worse – a drone of their very own). The youngest may have received things like “smart” dolls, baby gadgets, and other electronic devices marketed as “learning toys” to parents wanting to give their children any leg up they can.

Add to this all the “educational” apps now available, and you might wind up thinking that these kids are bound to be the smartest, savviest generation yet, getting such a head start on learning.

Or maybe not – judging by the results of a study recently published in JAMA Pediatrics.

The research involved parents and their infant children (10 – 16 months old), who were to play twice a day with three sets of toys: one electronic, one traditional, and one an assortment of board books. Each 15 minute play time was recorded and analyzed by the researchers. What they found, reported the New York Times, was that

“My hunch is that they were letting the baby interact with the toy and they were on the sidelines,” said Anna V. Sosa, an associate professor of communications science and disorders at Northern Arizona University in Flagstaff, who led the study.

More Than Just Talk Is Lost

There are a few troubling ramifications here. For one, verbal interaction with parents and other caregivers is one of the most important ways in which a child acquires language skills. There’s also some evidence that the more talk a child hears in their early years, the better they do in school later. Much better. And recent research shows that the educational benefits of parent-child reading in particular are long-term. 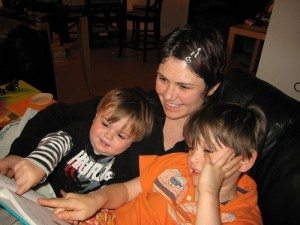 But there’s another loss, as well: opportunities to nurture and sustain the parent-child bond. For there’s more than just words said during reading time or imaginative play time with blocks or dolls or games or other traditional toys. The act itself is an expression of love, care and support. It’s a way of saying “you matter.”

The sense of security and stability that this can reinforce is invaluable to a young child.

Reading is especially important for kids’ healthy development – so much so that the American Academy of Pediatrics actually recommends early childhood literacy promotion as part of pediatric practice. According to the AAP,

Children who are read to during infancy and preschool years have better language skills when they start school and are more interested in reading, according to research highlighted in the statement. In addition, parents who spend time reading to their children create nurturing relationships, which is important for a child’s cognitive, language and social-emotional development.

Indeed, parent-child reading helps nurture an array of social and emotional skills that the child will need as he or she grows up – things like listening, communicating, developing imagination and empathy. Stories help expose children to how different people think and introduce them to situations they are likely to encounter themselves as they grow up, as well as different ways of being. 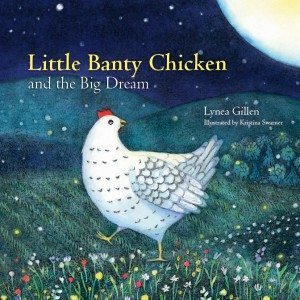 Lynea’s newest book for children, for instance – Little Banty Chicken and the Big Dream – expresses the importance of dreams and finding the support we need to help make those dreams come true. It acknowledges that we may be anxious about being judged for them, yet shows that the world is full of others who’ll respond lovingly. It shows a world of goodness and community – much like Lynea’s earlier book, Good People Everywhere.

Both books also include activities for parents to do with their children afterwards to reinforce the stories’ positive models and bring their lessons into the child’s lived, everyday experience.

Yes, it can sometimes be a challenge to make time in our busy lives to devote reading or play time. It can be so much easier to just hand the child a tablet and tell them to play on their own.

Easier for us, perhaps. Not for the child. And not in the long run.

Structured Time vs. Free Time for Play – Why Not Both?