The Kind of Gentle, Peaceful Story We All Need Right Now 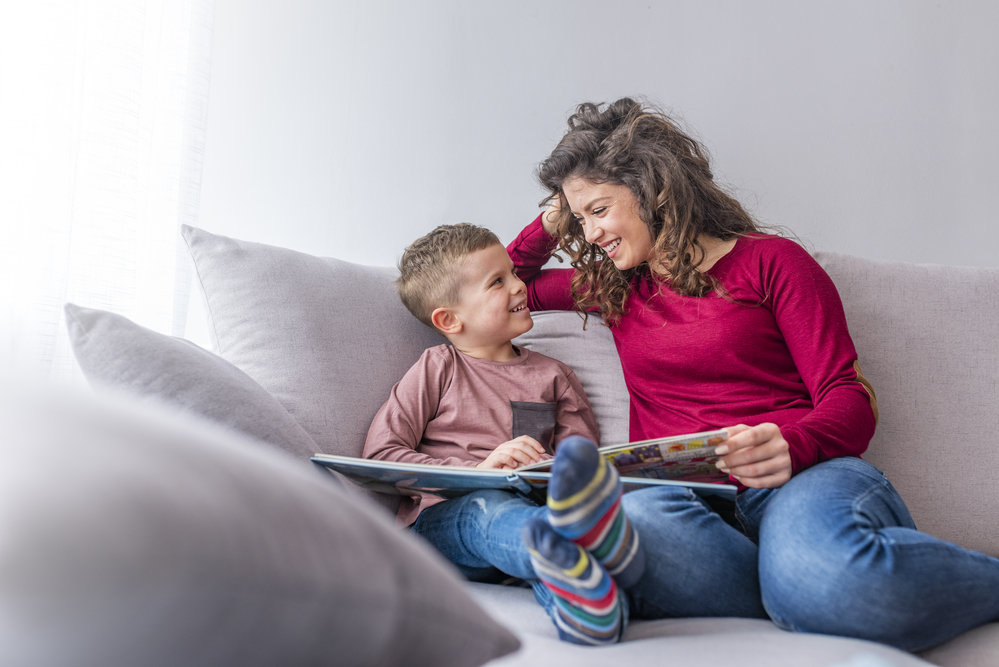 When you think about what humans need to survive, you probably think first of our basic material needs: water, food, shelter, air. But we all have social and psychological needs, too. Storytelling – and “storylistening” – falls into that category. Stories do a lot of heavy lifting for us, from transmitting culture and knowledge to facilitating emotional release.

In chaotic times, I think we especially need gentle, peaceful stories that restore hope and inspire us to act toward positive change.

Here, I think back on how frightened the children in my school were after 9/11. There was one boy I remember who could no longer sleep. All the stories he’d been hearing were giving him nightmares. Then one day, his mother later recounted to me, he began drawing pictures of the scary scenes from that terrible day, and she began drawing with him. She drew police officers, doctors, firefighters – all of the helpers – and talked about the ways in which they helped individuals and our nation recover.

Loss & the Process of Healing

If you’re a regular reader of this blog or have just been part of the Yoga Calm community for a while, you likely know that this was the kind of thing that moved me to write Good People Everywhere. I followed this with Little Banty Chicken, about the power of community and dreams and then the Little Book of Healing. 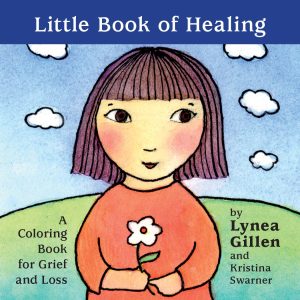 Like Good People Everywhere, this last book was also inspired by my realization that while there were many lovely children’s books about loss, few really addressed the process of healing.

In our country, at least, we’re not great at dealing with loss, so I wanted a book that would help teach the natural process of grief and how it can lead to growth. When we learn how to grieve, we’re freed to move beyond anger and pain, to become (in some cases re-become) fully alive.

Earlier this year, a beautiful new picture book for children was published that I think wonderfully expresses this notion: The Piano, written by composer, playwright, and pianist Chari Smith and illustrated by her daughter Elle.

When There’s Loss, There Is Recovery

The book’s title is also its main character, with the story told from the piano’s perspective. It wasn’t always this way. Chari says that when she first drafted the story back in the 1990s, it was told from the perspective of Katie, a young girl who grows up learning to play, eventually becoming a piano teacher herself. The piano is her friend. Music gives her a way to express her emotions. 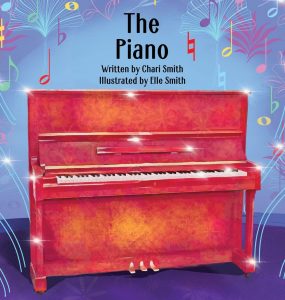 As a former piano teacher herself, Chari wanted to show how one’s relationship with an instrument can be like a friendship. It can be a thing to connect to, just as music can be a thing that connects us both to ourselves and to others. She saw it as a way of encouraging her students, especially when they felt discouraged about the need to practice.

Although Chari and her daughter actually created a version of the book when Elle was just 8 years old, it took the forced downtime of the pandemic and the need to channel creative energies that led them to revisit the project. So the two of them worked out goals and a schedule and set to work.

That was when Chari had her “aha!” moment: Why not tell the story from the piano’s perspective? They could show the piano’s sorrow when Katie moves away, sad to be so silent for so long. They could show its surprise at being moved to a new home, its joy in being reunited with a now grown-up Katie, its pride in the new bonds it begins to form with Katie’s students.

When reading The Piano for the first time, I couldn’t help but think it was such a beautiful way to show that even when there is loss, life continues and changes in positive ways; that there is recovery; that we can move forward.

This is an important message right now. We have all suffered all kinds of losses through these past two-plus years of pandemic and social upheaval and increasing political division. We all have grief to process, not to mention compassion fatigue. This is perhaps even more intense for teachers. Just this past week, the Wall Street Journal reported that more teachers than ever are leaving – or thinking about leaving – the profession early.

In this context, the theme of the new life that can come out of loss and grief is especially resonant.

I truly love this book and hope that you’ll give it a read – and share it with others. As one reviewer describes it,

The story is written in a simple lucid language which makes it an enjoyable read. A delightful read for both children and adults. It speaks not just about the bond of friendship but also how a person grows in the right kind of friendship. There is also lifelong learning which is a never-ending process that develops character and strength.

The Piano is available at Portland’s own Powell’s Books, as well as on Amazon.

Helping a Child Through Grief & Loss