It’s Time to Address the Root Causes of School Shootings For many of us, these past few days have been a tangle of grief and anger. Seventeen human beings were killed at Marjory Stoneman Douglas High School in Florida – 14 students and 3 faculty members. At least 15 more were injured.

It’s not just the degree of bloodshed that has made this tragedy stand out among the 17 other school shootings that have happened in this still young year. Much of it was how it was shared on social media.

Students reached out to friends and family in what they feared could be their last moments. Others shared what they were experiencing, bearing witness and providing evidence, and afterward, demanding change.

The Role of Trauma

Trauma isn’t only a result of such incidents. Unacknowledged trauma often serves as its genesis. Nikolas Cruz had been adopted at birth. His adoptive father died while he was young. His adoptive mother died just this past fall. His youth was marked by increasingly violent acting out. His public defender has described him as “a broken human being.”

None of this excuses or explains away what he did, nor does it mean he should be coddled by the court. Our actions have consequences, regardless of what prompts us to take them. 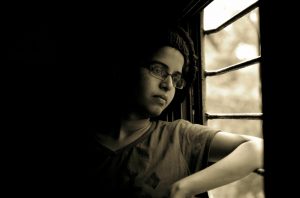 What it does do is highlight the pathology that can develop when trauma is ignored or mental health support falls short. Violence is just one possible result.
buy xifaxan Canada www.epsa-online.org/wp-content/languages/new/xifaxan.html no prescription

Lockdown drills, increased police presence, and the like may be good safety measures, but they fail to address the more fundamental issues that have made such violence all too expected in our country today. We need better gun laws. We need more mental health support. We need to address failures in the system that kept authorities from intervening despite evidence that this young man’s behavior was turning dangerous.

Perhaps above all, we need to create a culture that is connected by more than Tweets, texts, and Snapchat posts; a culture of empathy, kindness, and belonging.

Creating a Culture of Caring

One way we can do that is by better understanding trauma and how to work with it. Nearly half of all kids have experienced at least one traumatic event; 20% have experienced at least two. Many are left to “just deal” with it on their own. We need to give them the space and means to transform that trauma with the strength and courage that is just as much a part of their experience as the original trauma. 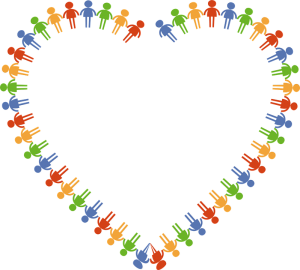 Just as much, we need to continue nurturing the skills of empathy, kindness, and so on, to build resilience into all children. These skills are also the stuff of community, of making a welcoming space for everyone. More than ever, students need to feel human connection.

When we recognize our connectedness and nurture our ties to each other, violence of the sort we saw last week becomes unthinkable.

This won’t happen overnight, but it strikes at the root of the divisiveness that is driving our country apart these days. It’s a long term commitment to creating the kind of society we want, of being the change we wish to see in the world.

In this difficult time, we encourage you to recognize what you’re feeling and direct it into positive action. That may involve getting politically active. It may be volunteering with advocacy groups to press for change collectively.
buy singulair Canada www.epsa-online.org/wp-content/languages/new/singulair.html no prescription

It may involve donating to victim’s funds to help the families directly involved through their time of grief.

If anything is going to change, it’s up to us to change it.

In the meantime, there is still working through the aftermath. We’ve offered some tips in earlier posts, both for helping children during difficult times, as well as handling vicarious trauma. The New York Times also has an excellent, comprehensive section of resources for talking and teaching about the shooting.

To learn more about working with trauma, we invite you to check out our Transforming Childhood Trauma course, which teaches a resiliency-based approach to working with children who have experienced early adverse experiences. We have a live training coming up this March in St. Paul, and an online version of this course is also available at any time.