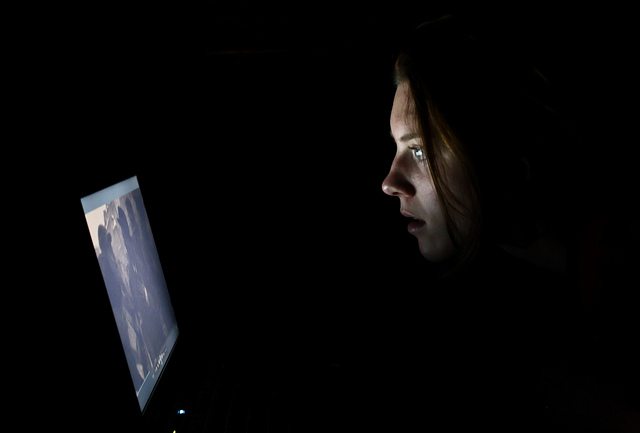 Though this year’s Screen Free Week is now a fading memory, the reason for such events persists  It’s tough to unplug from our electronic entertainment, isn’t it? Though Lynea and I watch less TV than the average American, even we “had” to watch American Idol, followed by the evening news.

The contrast of our experience between those two shows was palpable. Idol appeals to us as musicians who love watching young people discovering and sharing their gifts. Yet just 30 minutes of “news” – of crime, of war, of conflict – turned our good feeling from the first show into agitation. 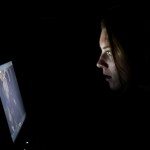 Thousands of times throughout the day, entertainment media delivers its own stylized violence and aggression. Often, the world it depicts is a dangerous one. While many shrug off its effects, saying, “We know it’s not real,” those effects are insidious – especially in the lives of children and teens who watch dozens of hours each week.

Lynea saw this years ago as a counselor in a rural elementary school. Consistently, she saw and heard the students depict the world as being full of “bad people.” “Didn’t you see those bad people on TV?” they would ask her. 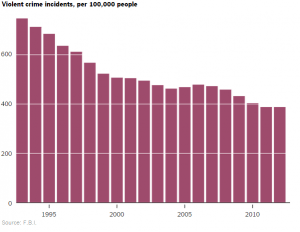 From the New York Times

Yet the scary and dangerous world TV evoked did not match reality. While TV, movies, video games and other media portray a violent world, our nation’s violent crime rate is at a 20 year low, according to the FBI.

Certainly, there are some people who live in neighborhoods where crime is a fact of life. Some have traumatic home lives, haunted by abuse, addiction or other problems. These realities make the disconnect others experience between what they see on TV and what they actually encounter in daily life all the stranger. That disconnect is what communications expert George Gerbner called the “Mean World Syndrome,” whereby violent media makes children (and the rest of us) believe the world is more dangerous than it actually is.

This is the breakthrough of cultivation analysis: a clear correlation between the amount of media we consume and the degree of fear and anxiety we have about the world – a phenomenon that comes into especially clear focus when we look at how we view and treat others, especially those who are different from us.

Indeed, from Lynea’s private counseling practice and our work bringing Yoga Calm into psychiatric clinics and hospitals, we have seen the rates of anxiety and depression among children and teens rise sharply. Many factors fuel this unfortunate trend, of course, but according to research professor and author Peter Gray, PhD, the biggest factor may have to do with perception.

We would like to think of history as progress, but if progress is measured in the mental health and happiness of young people, then we have been going backward at least since the early 1950s. The question I want to address here is why.

The increased psychopathology seems to have nothing to do with realistic dangers and uncertainties in the larger world. The changes do not correlate with economic cycles, wars, or any of the other kinds of world events that people often talk about as affecting children’s mental states. Rates of anxiety and depression among children and adolescents were far lower during the Great Depression, during World War II, during the Cold War, and during the turbulent 1960s and early ‘70s than they are today. The changes seem to have much more to do with the way young people view the world than with the way the world actually is. [emphasis added]

We see this in a recent study of responses to violent news on social media. Twenty-two percent of adults exposed to this content scored highly on clinical assessments of PTSD – even though they saw only videos and images of the traumatic events, and did not experience the events themselves. If adults respond so strongly, how might children react? 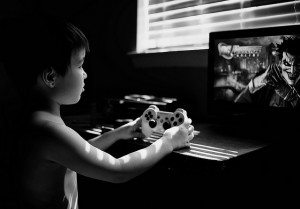 Another recent paper on video game use reported that whether teenage boys were exposed to lots of violent imagery or relatively little, all experienced more anxiety and stress after gaming.

“The violent game seems to have elicited more stress at bedtime in both groups and it also seems as if the violent game in general caused some kind of exhaustion,” Ivarsson and colleagues write. “However, the exhaustion didn’t seem to be of the kind that normally promotes good sleep, but rather as a stressful factor that can impair sleep quality, especially for low exposed gamers.”

In light of such findings plus the number of those who have experienced actual, not virtual, trauma, it’s not hard to see how media violence could contribute to high rates of anxiety and depression. But whether real or virtual, the answer is the same – an answer much like the actions of a parent who has their child look under the bed or in the closet to see that there are no monsters there.

Creating a Sense of Control

Indeed, Dr. Gray’s research found that the rise in anxiety has been matched by a sharp decline in young people’s belief that they control their own destinies

Yoga and mindfulness techniques have great promise for helping with trauma and anxiety. Here are a five tips – strategies to encourage and support – from Sarah Smith, a student in our RYT-200 training program who leads Yoga Calm at Morrison Child & Family Services here in Portland, elaborated by our own experience:

While it’s hard (even for us) to totally eliminate the exposure of violent media in our lives, with these practices we can plant seeds of hope with our youth. Our recent research with Wayne State University showed that after just 10-14 minutes of short “yoga bits” throughout the day for 10 weeks, 72% of the children reported using Yoga Calm techniques in response to stressful techniques, outside of school.

Its time to take control, to limit our children’s exposure to violent, negative media and to help them develop the skills and tools to find peace in their bodies.

What to Tell Your Child About the Colorado Theater Shooting?