Many Paths to Yoga Calm, Many Paths It Can Lead To 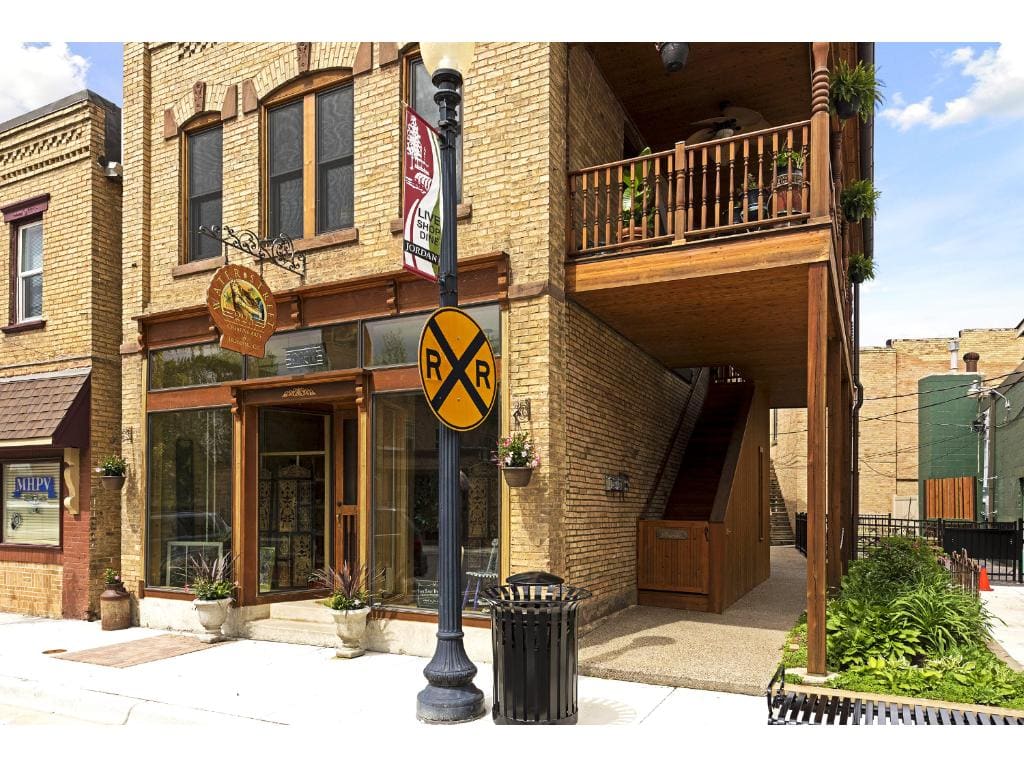 There are many paths that lead people to Yoga Calm. For Pati Richards, it began with running marathons.

“I wasn’t interested in yoga at all,” she says, “but everything I read said to do yoga to improve your running, so I took it up.” 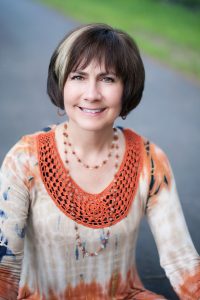 So when Yoga Calm training was offered in her Minnesota school district, Pati gravitated toward it. As she moved past just the physical yoga to its self-regulation and social-emotional aspects, she realized that this was something that could really benefit the families she worked with as a licensed parent educator in the Shakopee Public Schools. These were mainly families with young children who were learning English as they put down new roots in the US.

“I was looking at Yoga Calm mostly through the parents’ eyes,” she says. “I thought, ‘This is what my families need. This is something that I can give to them – something they don’t have to keep paying for and will give them and their kids tools to become more successful.”

She recalls one day when a test had been scheduled for the parents. It was nothing that was to be graded, yet as they entered the classroom, she could feel their stress. Once all were seated, she took out a breathing sphere and said, “Let’s breathe. I know you know the stuff you’ll be tested on. Let’s just breathe together first.”

They did, and the atmosphere quickly shifted from stress to calm. The parents went right to work. Pati knew that this was the path she wanted to be on.

Over the years, Pati continued to deepen her practice of yoga, and as she stepped away from her work as a parent educator, she stepped toward sharing her knowledge and training in a wide variety of venues.

She trained other educators in Yoga Calm through Kathy Flamino’s Moving and Learning Residencies. She taught – and continues to teach – yoga to inmates at the Shakopee Correctional Facility, providing 12-week courses to small groups of women housed there. She has also worked with cancer patients and their families through the Angel Foundation, a Minnesota nonprofit that provides emergency financial assistance, education and support to local adults with cancer and their families.

“Those classes always end with Tree Circle,” says Pati. “It’s a way to embody our support of each other on this journey. We need each other.”

Pati began taking on private clients, as well. She especially remembers one teen with Down syndrome and an autism diagnosis. The young woman wasn’t very verbal, and finding calm was often a challenge. Then the young woman’s mother read about Yoga Calm. “I don’t know if it’ll work,” she said to Pati, “but let’s try.”

Through weekly sessions, the young woman thrived. The skills she developed proved especially helpful in medical situations where her anxiety tended to run high. Where once she would get extremely anxious at the sight of a needle or sharp instrument, she had learned to go to her breath for calm. She is in her early 20s now and continues to work with Pati once a month. 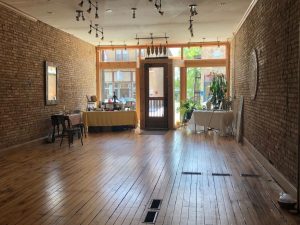 Most recently, Pati opened her own yoga studio, Sacred Waters, in the semi-rural town of Jordan just south of Shakopee. This was nothing she had necessarily planned but something that emerged through a three-month spiritual retreat she took. “I left with the sense of creating some space in which to see clients and bring people together.” There was a vision, but it wasn’t specific.

Then one day a couple years later, she saw a building advertised on Facebook, and the vision took shape. “I didn’t know I wanted it,” she says, “until it was in front of me.”

She and her husband sold their home and bought the building, which had been used as retail space on the ground floor and living accommodations on the top. They officially opened the space last month, even as Pati continues to work out the schedule of courses to be offered. Of course, this will include Yoga Calm classes and even camps, though, she adds, “I wind up applying Yoga Calm in pretty much everything I do – all ages, all groups, all abilities.”

Yoga is a tool that can help in so many ways – physically, of course, but also mentally, emotionally. It can address stress. And it provides tools to strengthen the self. So many of the people I’ve worked with, they sometimes don’t see how strong they are. I try to help bring forth their strengths, their inner resources, to get to the truth of who they are.

Ultimately, I want to be a bridge – a bridge to seeing the commonalities among us instead of our differences.

Clearly, just as there are many paths that lead to Yoga Calm, Yoga Calm can lead to many different paths, as well. As Pati says about yoga in general, “You’re the one to choose what you do with it.”

How Yoga Can Help Your Child Become Calm, Controlled, Disciplined, and Happier