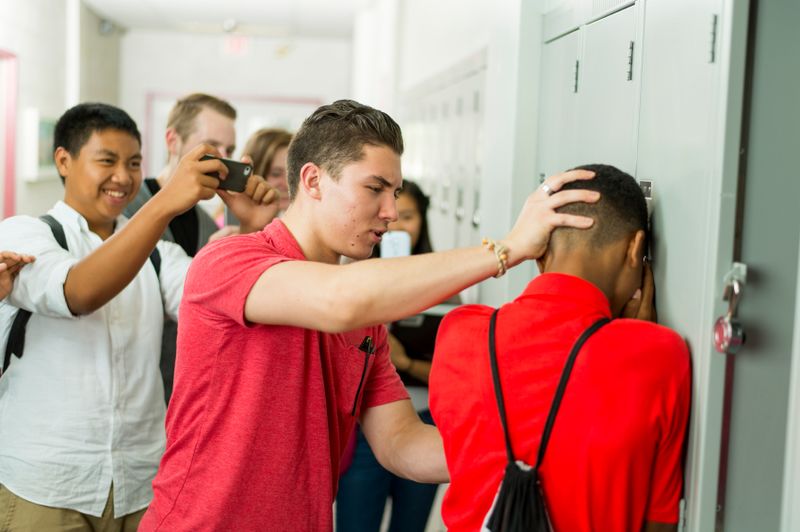 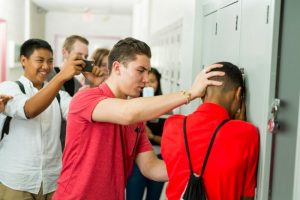 Through recent months, we’ve seen evidence of a lot more bullying going on, much of it attributed to the angry, polarizing 2016 US election. Recent research out of the University of Wisconsin seems to reinforce that impression.

If we look at the 2013 data, about 12 percent of students told us that they had been bullied at school because of their race or their color. In 2016, it was 25 percent who said that they were bullied because of that,” said [Professor Justin] Patchin, co-founder of the Cyberbullying Research Center.

And it’s important to remember, too, that bullying is not an exclusively American phenomenon. A UN report released just a few days ago found that, worldwide, about 246 million kids experience bullying in some form every year. Girls experience more cyberbullying; boys, more physical violence. Nearly a third of kids don’t tell anyone about the bullying.

The report found that all children and adolescents are at risk of school violence and bullying, but bullies target vulnerable factors, such as poverty or social status associated with ethnicity, linguistic or cultural differences, migration or displacement. Children who were disabled or looked different, such as being overweight or underweight, were also a prime target for bullying.

While the report offers the usual recommendations – create inclusive schools, collect data, educate students and teachers, and so on – we feel that the number one thing we can do to prevent bullying is to do more to nurture children’s emotional control and empathy.

In this recent post for Teaching Tolerance, Lynea discusses how this works…

Empathy: The Antidote to Bullying 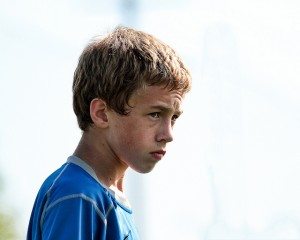 As a long-time school counselor, it’s been clear to me that bullying doesn’t happen because a child happens to be a mean person or just plain “ignorant,” as is often asserted about adults who bully. What are the reasons for the meanness? Has the child had trouble in learning how to connect with others? Do they have a history of trauma that makes them feel unsafe? Do they need to dominate others to feel strong and secure?

If we look into the heart of bullying, what we often find are deficits of emotional control and empathy. Somewhere, somehow, social and emotional skills have gone lacking.

The positive effect of social emotional learning (SEL) interventions in bullying prevention, especially those that combine mindfulness practices, was nicely explained in a 2015 Educational Specialist article:

A group of five fifth graders in Cleveland County Schools were referred by teachers, counselors, and administrators to participate in a small group using a modified version of the MindUP curriculum. After the intervention group, students indicated more awareness of their own behavior, an increase in empathy, and in [sic] increase in emotional control.

In fact, the Collaborative for Academic, Social, and Emotional Learning, the leading U.S. organization advancing the development of research-based SEL, has identified self-awareness—the ability to accurately recognize our emotions and thoughts and their influence on behavior—as a key core competency.

Mindfulness is the foundation. It’s not just some trendy, vague buzzword. It’s the practice of non-judgmental awareness of our thoughts, emotions, bodily sensations and surrounding environment—what’s happening right now. Mindfulness has been shown to activate the prefrontal cortex, the part of the brain that helps regulate emotions and behaviors and consider the results of future actions. Without this kind of self-awareness, we remain at the mercy of our physical feelings and emotions, the drivers of much of our action. 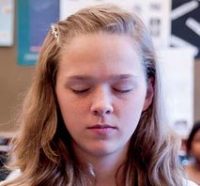 Cultivating non-judgmental awareness means being less reactive, especially to “big” and unruly emotions, such as fear and anger. It means being less self-critical. Judging and criticizing oneself are often key attributes of those who bully, since they have often been bullied or abused themselves. (One 2007 study found that 72 percent of children who were physically abused by their parents went on to bully, become victims of bullying, or both.)

As a counselor, I see that, as students become able to self-regulate and “sit” with their feelings and emotions, they grow more aware of their needs and begin to see the connections between their needs and their behavior. They might see, for instance, that they’re meaner on days when they haven’t had enough sleep, are hungry or have been part of a family disagreement. By learning how to observe without reacting to strong emotions and then tend to their needs, they pave the way to becoming more in control of their behavior. This also sets the foundation for learning how to recognize these same emotions and needs in others.

I can’t help but think of the day when one of my most explosive students showed his newly developed ability to empathize by recognizing a classmate’s distress. “Hey, Mrs. Gillen,” he said, “he just needs to do child pose with a blanket over him.” He thought about his classmate’s needs.

Social awareness and skill development then build on the foundation of mindfulness. By understanding what affects their emotions and actions, students can gain insight into others’. By practicing communication, positive leadership, problem solving and other social skills, we, as educators, create an environment where the potential for bullying is reduced.

When I teach Yoga Calm classes in schools or in private practice, mindfulness is where we start. We work on activities that develop the principles of stillness and listening. The children learn how to calm their bodies and then listen to themselves—what their hearts, minds and bodies are “saying.” 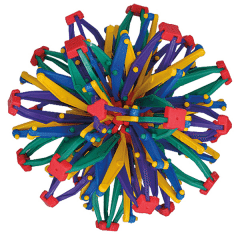 Often, we start just with breathing techniques, such as having one student lead the class in taking five to 10 breaths together, breathing in synchrony with the opening and closing of a colorful Hoberman Sphere. Afterward, I encourage the class to compliment the student in front on their leadership.

Another activity we do is Heart Thoughts, a simple-yet-powerful process combining the regulating effect of breath retention and slow exhalation with thinking of another’s needs. As each student places their hands together at their heart, the leader asks them to close their eyes and think of someone they care about—even a pet!—who might be having a hard time. Then together, the students breathe in, pause, raise their arms above their heads and exhale, extending their arms outward and then returning their hands to their hearts. Each time they exhale, they send their heart thoughts to whomever they were thinking of.

Once we’ve finished, students often like to talk about who they sent their heart thoughts to. This creates even more opportunities for students to get to know their classmates’ lives and gain insight into the feelings and challenges they face.

Empathy begins here. And it is the antidote to bullying.

Ready to learn more about bringing mindfulness into your work with children? Join us for one of our two newest courses, the 2-day Mindfulness for Educators introduction and the 8-week Mindful Teaching course – or take our established online course Mindfulness and the Brain at your convenience! 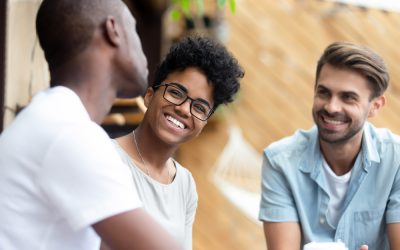 “Safety…Is the Presence of Connection”

One time when I was working with a client, I asked how she had survived the many losses and trauma of her childhood. She smiled and said simply, “I found magic, safe places in the world: a coffee shop with sweet energy; a quiet music store where someone patiently...

END_OF_DOCUMENT_TOKEN_TO_BE_REPLACED

Although originally written with springtime in mind, the script below can be used for a mindful walk with kids at any time of the year both for fun and as an opportunity for little ones (and perhaps not so little ones, for that matter!) to practice both observation...

END_OF_DOCUMENT_TOKEN_TO_BE_REPLACED 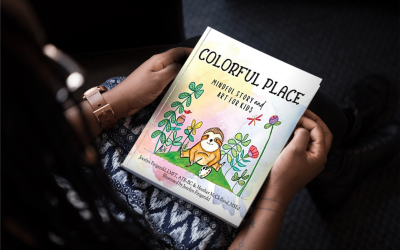 Recently, we were treated to a wonderful new book that guides young children into mindfulness through creativity - Colorful Place by art therapist Jocelyn Fitzgerald and behavioral intervention teacher Heather McClelland. Loaded with bright and captivating artwork,...