Low Back Pain? Kids Can Have It, Too. And Yoga Can Help (Tips Included!) 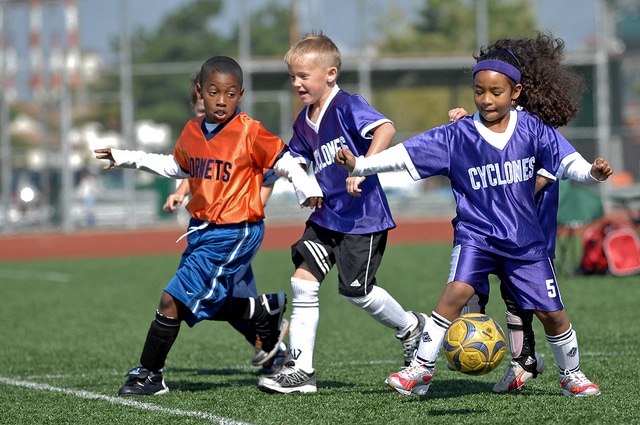 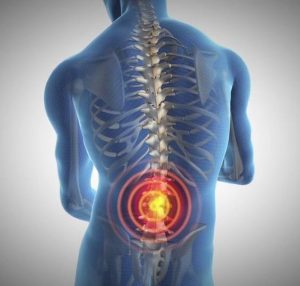 Low back pain is pretty common. It’s the top cause of disability worldwide. Over 30 million American adults have it right now. Maybe you’re one of them.

But it’s not something you normally associate with kids. The conventional wisdom is that children shouldn’t experience low back pain at all, and if they do, something pretty extreme is going on. Yet a new review of the scientific literature just published in JAMA Pediatrics shows that, in fact, it’s quite common. And the older kids get, the more common it becomes.

“The report found that at age 7, about one percent of children experience low back pain. That number jumps to six percent at age 10, and 18 percent at ages 14 to 16.”

Why Do Kids Experience Low Back Pain?

Interestingly, the authors found little reason to cast the usual blame on heavy backpacks as the problem. Nor did they point the finger at rising rates of youth obesity. 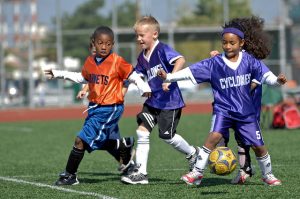 Most cases of low back pain, they found stem from playing sports. Sometimes the issue is musculoskeletal overuse; sometimes, trauma. Growth spurts were also identified as another possible risk factor, along with previous injury and a family history of low back pain.

The sports connection, of course, underscores the importance of good guidance in training – just as we emphasize the importance of learning good alignment principles in Yoga Calm. It’s the foundation of preventing injury in other sports and activities, too.

And this is especially important for children.

“Based on the review, because children and adolescents’ musculoskeletal systems are still developing they are at an increased risk to trauma and explosive muscle contractions, especially during periods of rapid growth.

For this reason, evidence suggests the importance of pre-season sports conditioning programs and neuromuscular training that will allow the athlete to gradually increase his or her training intensity and help reduce injuries.

Additionally, rest should be incorporated into the training regimen, especially for athletes who perform repetitive motions, such as tumbling in gymnastics. Young athletes should not participate in more hours of sports in a week than their number of age in years.”

At the same time, though, there can sometimes be an over-focus and excessive training in a single sport. The pressure to specialize at a young age has never been stronger. But according to Dr. Ted Forcum – a former US Olympic medical team member who teaches in the Yoga Calm RYT program – having kids participate in a variety of sports and exercise activities up to the 13 to 16 age range leads to overall better motor and athletic development. And other experts concur.

So far, so straightforward, right?

It’s Not Just a Problem for Young Athletes

Lower back pain is also found more often among children who got very little exercise at all.

And that makes sense. The human body was designed to move. The less physically active we are, the more prone we become to injury or dysfunction, and the phenomenon only gets worse as we age. Indeed, the study also found that, while low back pain in youth is usually “benign” and “self-limiting,” it’s also a risk factor for back problems later on. 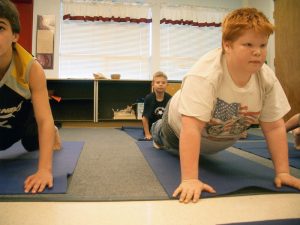 The physical poses of Yoga Calm address the needs of both of these most affected groups, the super active and the super sedentary. For the former, it gives them new movement patterns, core stability, and stretching to help prevent injury. And for the latter, it gets them up and moving, of course, while also having a positive impact on postural issues that can exacerbate back pain.

For athletes, yoga has increasingly become a part of training and conditioning up through the highest echelons of the sports world. As we noted before, pro athletes know the value of yoga and stretching to prevent injury. (The meditative aspects help, too. Broncos offensive tackle Russell Okung has said it’s just “as important as lifting weights and being out here on the field for practice.”)

Yoga’s Impact on Low Back Pain

Over the years, studies have delivered good evidence in yoga’s favor. A 2012 trial, for instance, found it to be quite effective at both improving function and reducing symptoms of chronic low back pain among adults, “with benefits lasting at least several months.” A 2016 review of 27 earlier studies concluded “that yoga can reduce pain and disability, can be practiced safely, and is well received by participants.

And just last month, Cochrane Reviews published a new survey of the literature. While more guarded in its conclusions – mainly owing to the quality of available studies – it, too, confirmed yoga’s value in dealing with low back pain, while stressing the need for more research.

At that, you may be thinking, “Okay, maybe my own back could benefit from a little yoga, as well.” Here’s a brief clip from my instructional yoga CD “Heart of the Teacher” to help you get started…

From the Archives: Creating a Culture of Movement: Fun Activities for Family Fitness