What Is Your Gift?

Think back to when you were small and grownups asked you what you wanted to be when you grew up. Your answers probably changed a lot over time. One month, you wanted to be a veterinarian, the next, an astronaut. Or teacher. Or cowboy. Or scientist.

Maybe you did grow up to be one of these. Maybe your interests took you in a completely different direction.

Childhood is a time of possibility. We grow up being told that we can be anything. Yet one thing most all of us grow up to be is the adult asking kids, “What do you want to be when you grow up?”

But what if the child said that they wanted to be a machinist? Or a welder? Trash collector? Plumber? Carpenter? Mechanic? 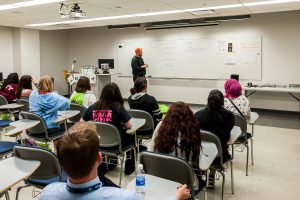 Today, education often privileges the college prep path and a STEM-heavy course load. It’s not hard to understand why. There’s a promise of future economic security in traveling that path.

Yet by acting like all youth should aspire toward a white collar career, we can sometimes also send the message that blue collar jobs are less important and less respectable – even as, collectively, those are the jobs most critical to our daily life, health, and comfort.

Kids pick up on this implicit hierarchy, and a good many try to meet their parents’ expectations. But as a recent essay in the New York Times noted, this can set up many for failure.

Most young Americans do not achieve even a community-college degree. Federal data show that fewer than one in five students smoothly navigate the high school to college to career pathway. More students fail to complete high school on time, more fail to move on from high school to college, and more drop out of college. Forty years of reform, accompanied by a doubling of per pupil spending, has failed to improve this picture. Standardized test scores haven’t budged. SAT scores have declined. More students enroll in college, but the share of 25-year-olds with a bachelor’s degree did not increase from 1995 to 2015, and it stands barely above the 1975 level.

One of our team members who used to teach college English told us once about a student who showed a lot of promise as a writer. After class one day, she encouraged him to consider taking a creative writing class in the future. He looked a unsure as he said, “To be honest, I don’t even want to be in college at all.”

“Then why are you here?” she asked.

“My mom really wants me to get a degree.” He was from a farming village in a remote part of Nebraska and the first in his family to attend college. He explained that he felt a lot of pressure to see it through and make his family proud.

“What would you rather be doing?” 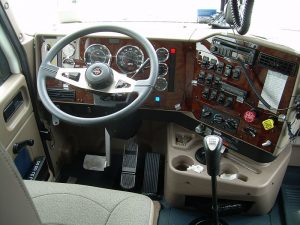 “I’d really like to drive a truck – long-haul – to just drive and think and see places.”

“Then you should go to truck driving school, get trained, and do that. Your mom might be angry at first, but I suspect she’ll ultimately be proud to see you making a living at something you enjoy. If you decide later that you do want an academic education, college will always be here.”

The student seemed stunned. “It was like no one had ever let him know that this was an okay choice, too,” she told us.

It reminded us of our friend Lee, whose father was a very successful businessman. It was always expected that he would follow in his father’s footsteps. Yet Lee was a gifted carpenter. Why should he pursue someone else’s calling instead of putting his true gift – his skill, his artistry – to use?

If you gave someone a gift and they scoffed at it or shoved it away, you would have no qualms about describing their action as ungrateful. Is it really so different when the gift is a talent or skill or interest?

There’s a wonderful passage toward the end of Robin Wall Kimmerer’s Braiding Sweetgrass that seems quite pertinent here:

Many indigenous peoples share the understanding that we are each endowed with a particular gift, a unique ability. Birds to sing and stars to glitter, for instance. It is understood that these gifts have a dual nature, though: a gift is also a responsibility. If the bird’s gift is song, then it has a responsibility to greet the day with music. It is the duty of birds to sing and the rest of us receive the song as a gift.

Asking what is our responsibility is perhaps also to ask, What is our gift? And how shall we use it? 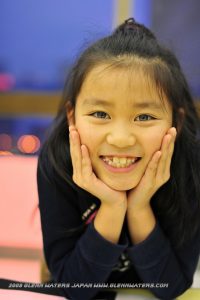 One of the gifts we can give to the children in our lives is the space and support to discover those things, even if they don’t necessarily align with what we think they should be doing.

As we move deeper into the season of giving, we hope this is one gift that more people will give to the kids around them. And hey – no assembly or batteries required, and it never goes out of style.

What Else Is Going on in Wisconsin? Plenty!

“Strategies That Really Work!” – Yoga Calm in the Classroom & for Kids with Special Needs

A Somatic Approach Toward a Bully-Free Future