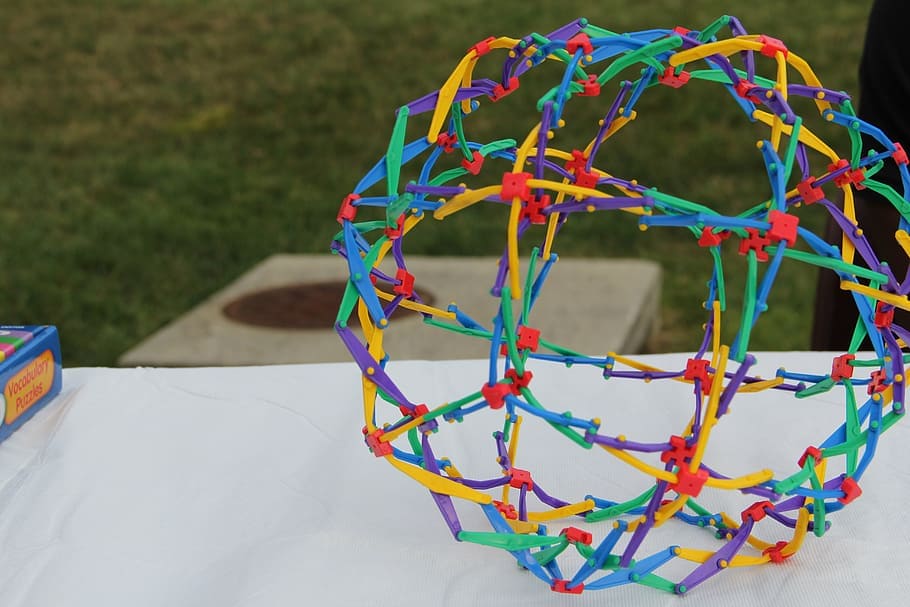 As kids return to school – some, in person for the first time since the pandemic began – many educators have homed in on the importance of relationship-building and greater attention to kids’ emotional needs, even as they remain aware of learning gaps that will need to be addressed after a year of mostly virtual learning.

Because programs like ours can help address all of these needs, we see more teachers than ever looking for simple ways to bring mindful movement into the classroom to help their students reacclimate to school routines, re-establish community, and prepare to learn.

One of the simplest activities can yield excellent results, no yoga training required: breathing with a sphere.

The Science of Deep Breathing 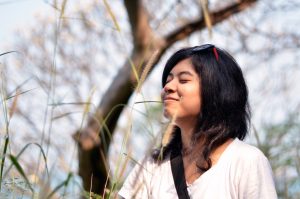 We all know the advice to take a deep breath when agitated. It helps calm the nervous system, giving you the opportunity to reflect before taking action. Lived experience tells us this is so, but over the past few years, science has started to help us understand exactly why it works.

Specifically, researchers have been solving the puzzle of how mind, body, and breathing regulate each other – something that happens in a bundle of brainstem neurons called the breathing pacemaker. Animal studies have shed light on how at least a few of the 65 types of neuron identified impact breath, some of which are highlighted in this fascinating New York Times article.

For one of those studies, researchers turned off one kind of neuron in lab mice, which turned out to be linked to an area of the brain involved with arousal. When the mice were later put into unfamiliar cages, the scientists saw none of the anxious sniffing behavior you might expect. “They were, for mice, remarkably chill,” as one of them told the Times.

“What we think was going on” was that the disabled neurons normally would detect activity in other neurons within the pacemaker that regulate rapid breathing and sniffing, says Dr. Kevin Yackle, now a faculty fellow at the University of California, San Francisco, who, as a graduate researcher at Stanford, led the study.

The disabled neurons would then alert the brain that something potentially worrisome was going on with the mouse since it was sniffing, and the brain should start ramping up the machinery of worry and panic. So a few tentative sniffs could result in a state of anxiety that, in a rapid feedback loop, would make the animal sniff more and become increasingly anxious.

Or, without that mechanism, it would remain tranquil, a mouse of Zen.

Similarly, it’s likely that deep breathing is calming “because it does not activate the neurons that communicate with the brain’s arousal center.”

How to Use a Breathing Sphere

When we developed the use of the Hoberman Breathing Sphere for children 25 years ago we had no idea how effective and popular it would be. For breathing with a sphere is one way to facilitate slow, deep breathing without necessarily needing any explanation — working for all populations, ages, languages and developmental levels.

Try it for yourself right now with the image below – first noting how you feel mentally and physically before following along, then reflecting on any changes after 5 or 10 cycles. Remember to breathe only through your nose.

Rhythm and slowness are two keys to using a breathing sphere effectively, facilitating the relaxation response while you develop more control over how their nervous system responds to the environment. Speeding thoughts slow down. Body and mind become grounded.

This is exactly why it’s such a great activity to start class with, helping all to come into focus and setting a calm, positive tone for the day. More, the visual example it provides makes it especially well-suited for second language learners and visual learners, as well as kids who struggle with anxiety and self-regulation.

In fact, more than a few schools have taken to doing this activity at the start of assemblies or even school-wide over the intercom at the start of the day to help students find focus. The synchronized breathing also helps develop a sense of community and safety as the group’s energy comes together – something that, as we noted last time, is especially important this year.

Simply, we’re affected by each other’s breathing patterns. And when teachers learn, practice, and model healthy breathing for their students, their classes become calmer and more productive, with corresponding benefits to everyone’s health and well-being.

Breath Work with a Breathing Sphere