A Journey from Trauma to TRE 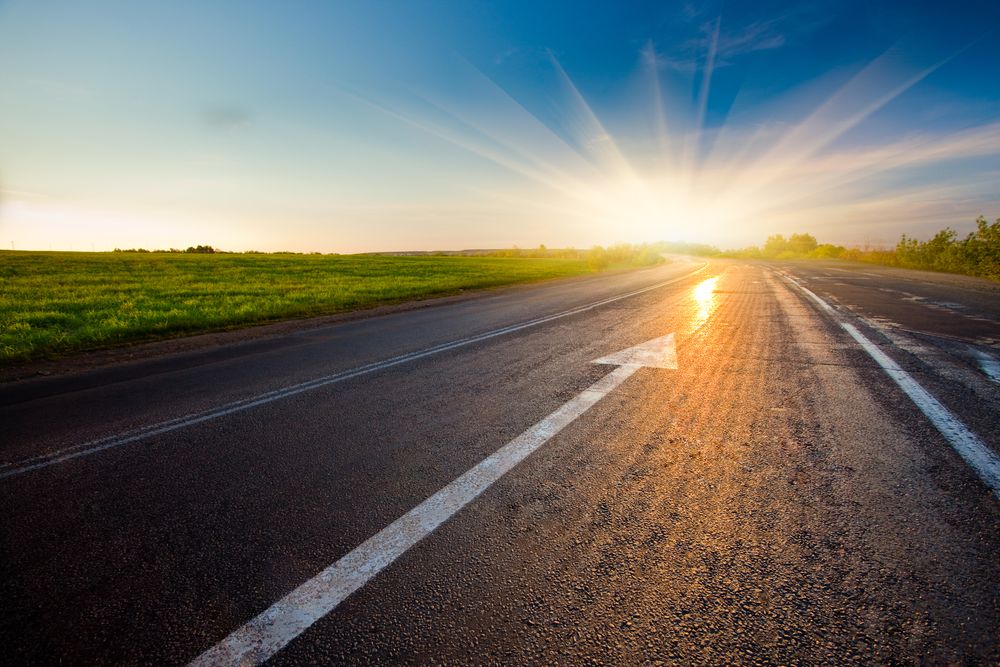 It’s one thing to hear about TRE and how it can help individuals release stress and heal from trauma. Experiencing it is something else entirely.

So we were quite pleased when Julie, a school teacher here in Portland, offered to let us share some of her writing about her own journey. In telling her story she illustrates one of the five elements of post-traumatic growth – creating a new narrative – that helps us find our strengths. Julie also includes another key element for growth – education – with quotes from the books of trauma expert Peter Levine interspersed throughout.

The first time I experienced having a body without panicking, I was lying on the table in my therapist’s office. I felt sure that my legs were on the other side of the room – the right one resting haphazardly in a corner, the left one half-leaning against the opposite wall as if tossed. With calm detachment, I listed the locations of every one of my 20 scattered fingers and toes. Laughing, I noted that my belly was, in fact, a biodome, and there were uninvited people living inside it. Some of them scared me. 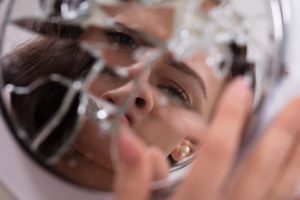 I have no recollection of time spent in consideration of having a body when I was a child. I sometimes wonder if that’s because I was still a synthesis of parts back then, an integrated whole.

But I was suddenly made very aware of it the summer when I was 8 – the start of a nearly 10-year stretch of weekly assaults that ruptured and fractured me, turning my body into an object separate from myself. My body became the most dangerous place in which to live. So I moved out.

Trauma … cuts us off from our internal experience as a way of protecting our organism from sensations and emotions that could be overwhelming.

I found countless ways to keep the truth of my body and its experience as far away from me as possible. Most available to me, most embraced by my family and culture, most easy to hide was the punishing, hateful, calculated starvation of it. By the time I was 9, I was regularly throwing up after meals, animated by the belief in my body as a thing to control. My life, I felt, depended on my ability to do so, even as I hated it for betraying me.

No animal, not even the human, has conscious control over whether or not it freezes in response to threat.

When I was 10, I became unable to hold still long enough to sleep, so I was prescribed pills that coated my days in fog. At 11, I had ulcers. When I was 12, I gave myself stress fractures by running for miles alone at 4am, before school. Each week provided a fresh thing to bury. Containing and corralling my body consumed me. My pathology became my life.

This residual energy does not simply go away. It persists in the body and often forces the formation of a wide variety of symptoms e.g., anxiety, depression, and psychosomatic and behavioral problems. These symptoms are the organism’s way of containing the undischarged residual energy.

Even after the abuse stopped, I could not return home to my body. This was the way I would live. It wasn’t so bad, I assured myself. Along the way, I made sure to collect the emblems of a life – an education, an impressive list of travel and other adventures, a string of exciting but ultimately hollow relationships. It’s helpful to hide in plain sight when you want to be invisible, especially to yourself.

Although humans rarely die from trauma, if we do not resolve it, our lives can be severely diminished by its effects. Some people have even described this situation as a “living death.”

I remained completely unmoored from my body until giving birth to my first daughter when I was 30. I fought the progression of labor with everything I had. By the time she was born, we were both in great distress.

If the discharge process is repeatedly disturbed, each successive state of shock will last longer. As a result, the bird may die of fright — overwhelmed by its own helplessness.

The shock back into my body was sudden, violent, and final. I spent the next three months in rolling states of PTSD. I had nightmares and flashbacks. Being in my body terrified me. I scrolled Amazon for stun guns while I nursed my daughter at night. I hyperventilated whenever fabric touched my face while I dressed. I daydreamed of the relief of death. I hated myself for it.

When the energy of this highly activated state is not discharged, the organism concludes that it is still in danger.

I was locked into this body and all of its stories. I could neither talk nor force my way out. I was spinning in a way that scared me. I Googled “talk therapy never helps! Help!”

Without passing through the primitive “immobility responses” and releasing the residual energy, they will often remain stuck in the traumatic maze and continue to experience distress.

Eventually, I found myself in the office of a somatic therapist, who not only acknowledged the body I have spent my life denying but did not turn away from the truth of it. It was there, whole, on the table in her office. She saw it whole. I felt it scattered everywhere and worried that I would not recognize some parts of myself. I was convinced that the most I could hope to be was a facsimile of something whole, an almost-person made up of disparate broken parts.

For someone who’s been traumatized, that feeling of balance and wholeness is such a surprise, it can cause an “identity crisis.” We don’t recognize ourselves because we’re no longer filled with shame and fear and collapse.

A few months later, I felt my legs attach unevenly to my body. My feet were on backwards, but I felt a strange fluttering in my toes.

The answer lies in the particular type of spontaneous shaking, trembling, and breathing that I described earlier. 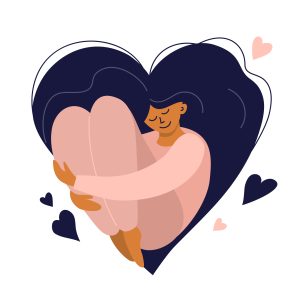 Five years after my first tremor, I hold all of my parts in compassion. I live in this body – not always, but mostly – and when I notice I’ve left it, I come home and am received with love. I might still be a collection of parts – some broken but mended, some discarded but restored – but nothing is missing. The whole unfolds with new possibilities. I expand; I do not contract. No one but me lives here. Any guests are invited. I know my own self. These are my very own fingers and toes. Here is my brave heart. These are my feet, pointing straight ahead.

Out of the shattered fragments of her deeply injured psyche, [she] discovered and nurtured a nascent, emergent self. From the ashes of the frantically activated, hypervigilant, frozen, traumatized girl of twenty-five years ago, [she] began to reorient to a new, less threatening world. Gradually she shaped into a more fluid, resilient woman, coming to terms with the felt capacity to fiercely defend herself when necessary, and to surrender in quiet ecstasy.

Julie went on to become a TRE provider herself. In fact, she’ll be leading one of our online TRE groups this fall – yet another reason why we wanted to share her words with you here.

To learn more about TRE, one of our key somatic approaches to working with trauma, join us on October 6 for a live, online intro with TRE’s developer, Dr. David Berceli. You’ll even have an opportunity to try it in a small group led by our experienced Certified TRE Providers.

Already familiar with TRE and ready to take a deeper dive into the modality? Our next Module 1 training – a live, online course – is set for November 6 – 7. Register now.

The Promise & Hope of Post-Traumatic Growth

Tools You Can Use to Address Pandemic – & Other – Stress & Trauma