Structured Time vs. Free Time for Play – Why Not Both? 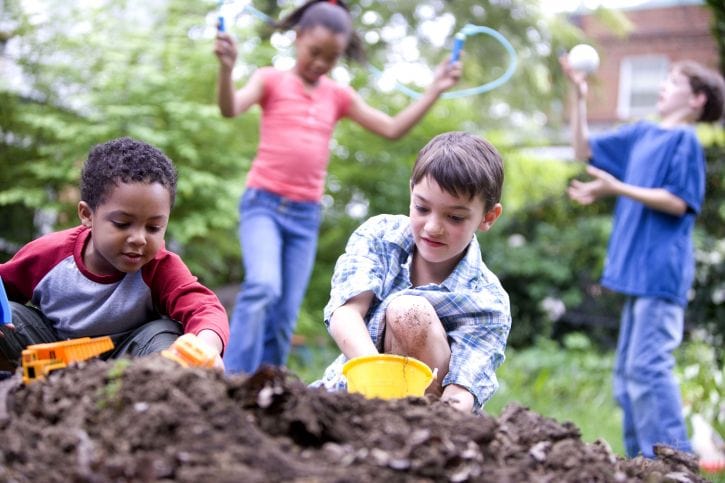 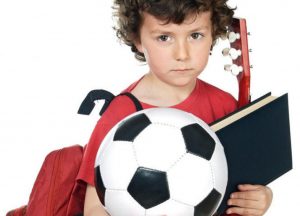 Could there possibly be any benefit in overscheduling a child’s life? Here’s how one mother defended it in a recent essay for the Washington Post:

Of course, there is value in sitting in a corner reading, playing board games, climbing a tree or just daydreaming. But the reality is that in most homes, screens of one sort or another compete fiercely with all those unstructured activities. (You can, after all, play a video game in a treehouse.) Among the more alarming statistics, some children today spend more time looking at a screen than they do in school.

On the other hand, engaging kids in soccer, band, Girl Scouts, Boy Scouts or even cotillion is a pretty sure way to sever the screen connection, at least for a few hours. And that in itself is a big benefit, even without the added advantage of physical exercise, learning an instrument or improving table manners.

That’s pretty persuasive. But it also completely sidesteps the fact that kids have a real developmental need for unstructured play, not to mention the basic human need for relaxation and respite from busy-ness.

Whatever happened to a world in which kids get muddy, get dirty, get messy, and heavens, get bored? Do we have to love our children so much that we overschedule them, making them stressed and busy — just like us?

What happened to a world in which we can sit with the people we love so much and have slow conversations about the state of our heart and soul, conversations that slowly unfold, conversations with pregnant pauses and silences that we are in no rush to fill?

The Developmental Need for Play

According to an American Academy of Pediatrics position paper on the importance of play, “It could be argued that active play is so central to child development that it should be included in the very definition of childhood.” It’s crucial for developing “creativity and imagination, [as well as] physical, cognitive, and emotional strengths.” 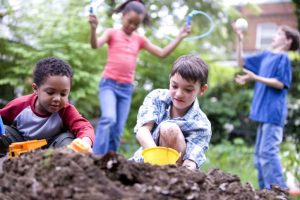 Sure, structured activities can be beneficial, too, but they need to be balanced with freedom. As we noted before, free play helps kids develop the ability to self-regulate.

Research has shown that kids allowed to engage in rough, even risky outdoor behavior have better physical and mental health.

Think back on your own childhood, and you may recall summers of hanging out at the pool or riding your bike all over town or exploring your neighborhood with friends, making up games as you went along. The days felt long, lazy, free – a welcome respite from the routine of the school year.

Do kids today deserve any less?

So how do we go “back to the future”? Because, yes, life in the 21st century is different. It’s busier, with constant digital connection yet weaker ties to others in our community. As a result, we often trust less and fear more.

While it sounds like an oxymoron, it can help to have a strategy for unstructured play. Here are some ideas:

There was an interesting essay recently in the New York Times, about a father who, noticing his son’s lack of enthusiasm, suggested rolling back from the team sports and league life that had regimented their lives.

Over the weeks and months that followed, the idea grew on Galen. Freed from practice, he took to riding his bike and skateboard for hours, turning into the driveway as the last of the dusklight drained from the sky, his cheeks ruddy and his shoulders relaxed. He spent far more time outside without basketball weighing on his mind and schedule. He didn’t become a nobody or stop being an athlete.

Instead, both his definition of sports and his circle of friendships expanded. In the fall, he signed up for a kayaking class and went out for the junior high cross-country team, a far more reasonable eight-week season. When the snow fell, he joined a skiing club. Each new activity introduced him to new friends, and in some cases gave him a chance to hang out with his old basketball teammates without the pressure to win a game. This summer he’s heading to the Boundary Waters in northern Minnesota for a weeklong canoeing trip.

Now that the weather’s warm, Galen’s back to shooting hoops in the driveway. More than once, I’ve looked out the kitchen window and spotted him dribbling the ball between his legs while talking trash to an imaginary adversary. He fakes right, spins to the left, stops on a dime, swishes a jumper from behind the garbage cans. When he exultantly raises his arms above his head, full of joy and confidence, I know the decision to quit was the right one. A slam dunk.

Summer is an excellent time to “loosen the reins” and help our children to develop independence, creativity, and life-long exercise habits. We all need to try something new now and again, after all.

Boy with ball image via Just Play!;
second kids playing image by Mid-Atlantic Center for the Arts & Humanities, via Flickr

How Do You Manage Screen Time When Media Has Become “Just Another Environment”?

Learning How to Handle – and Grow from – Disappointments